2016 the unique sound and light show from Starlight Events is dedicated to the Swiss Red Cross. Its history, its principles – to mark its 150th anniversary.

The Swiss Red Cross will be celebrating 2016 its 150th anniversary – and all of Switzerland will be celebrating with it. Also in the heart of the federal capital, two shows an evening, at 7 pm and 8.30 pm and NEW: Thursdays, Fridays and Saturdays additional show at 9.30 pm.

Rendez-vous Bundesplatz is dedicating the sixth show to the diverse history of the Swiss Red Cross – and thus also the important aspects of our country’s history. We project moving and stirring events onto the façade of the Bundeshaus – and thus also take a look behind the scenes at the building.

Once again it is an entirely Swiss production. Starlight Events was again working in a team with the artists’ collective “Projektil” from Zurich and its technical partner “Auviso” from Kriens. 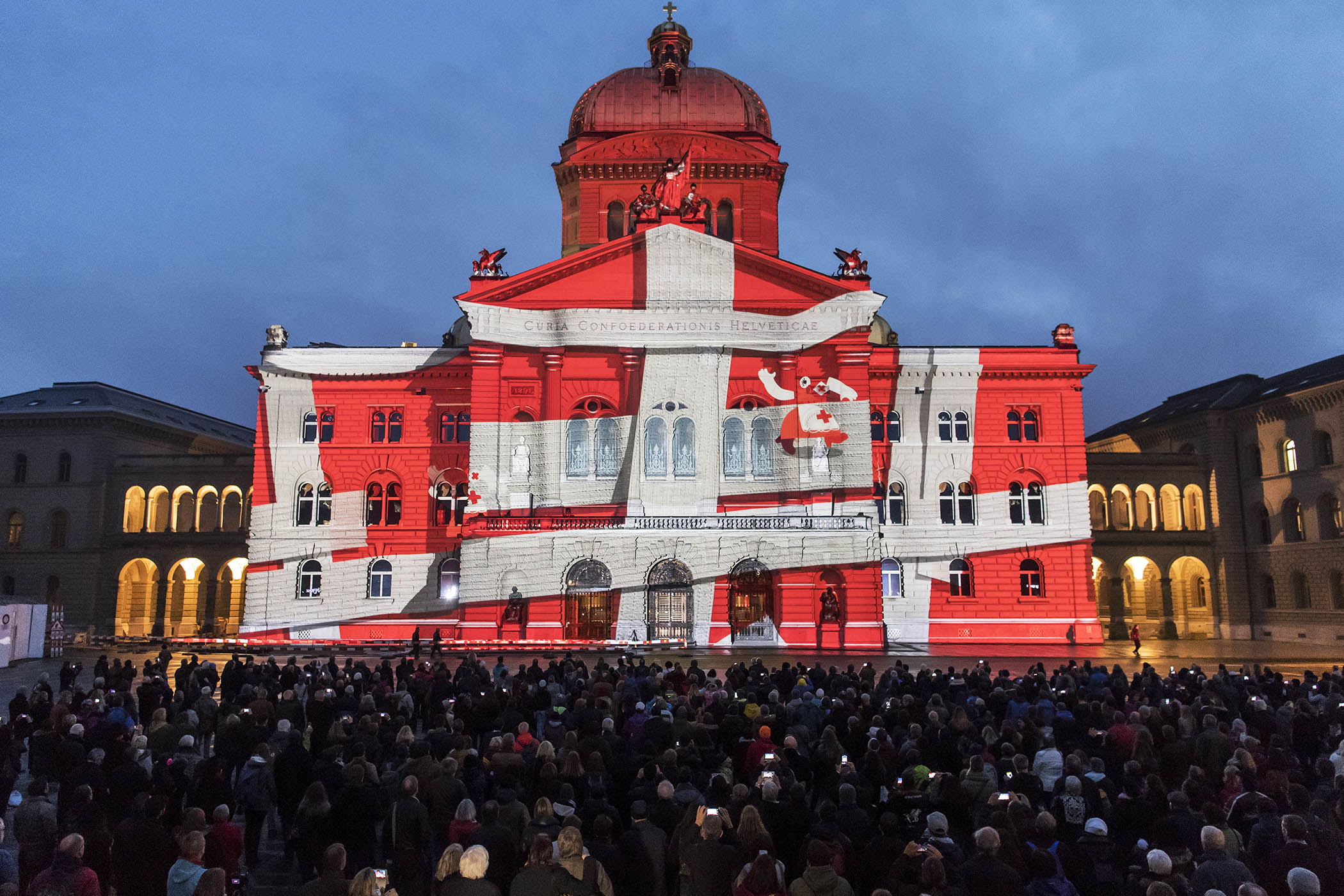