Rendezvous at the Summit of the Pilatus - Starlight Events GmbH
25381
portfolio_page-template-default,single,single-portfolio_page,postid-25381,bridge-core-3.0.2,qode-page-transition-enabled,ajax_fade,page_not_loaded,,qode-child-theme-ver-1.0.0,qode-theme-ver-28.8,qode-theme-bridge,qode-wpml-enabled,wpb-js-composer js-comp-ver-6.10.0,vc_responsive

Rendezvous at the Summit of the Pilatus

The Pilatus-Kulm hotel celebrated 125 years of existence in September 2015: the hotel on top of Lucerne’s very own mountain opened just a few months after completion of the cog railway with the steepest gradient in the world.

Pilatus-Bahnen, which operates the railway, wished for a special world of light for the anniversary: a ten-minute light show accompanied by music. For a week, the show transformed the Eselwand into a gigantic screen. “You will have never seen the Pilatus like this”, gushed an enthusiastic Tele 1 reporter, “a mythical mountain, mythically presented”. Eleven motifs created by Viennese artist Teresa Mar presented the rock face at Pilatus-Kulm in a new light. They showed the mountain and its railway, the hotel, the nature and not least, the mythical dragon of the Pilatus. 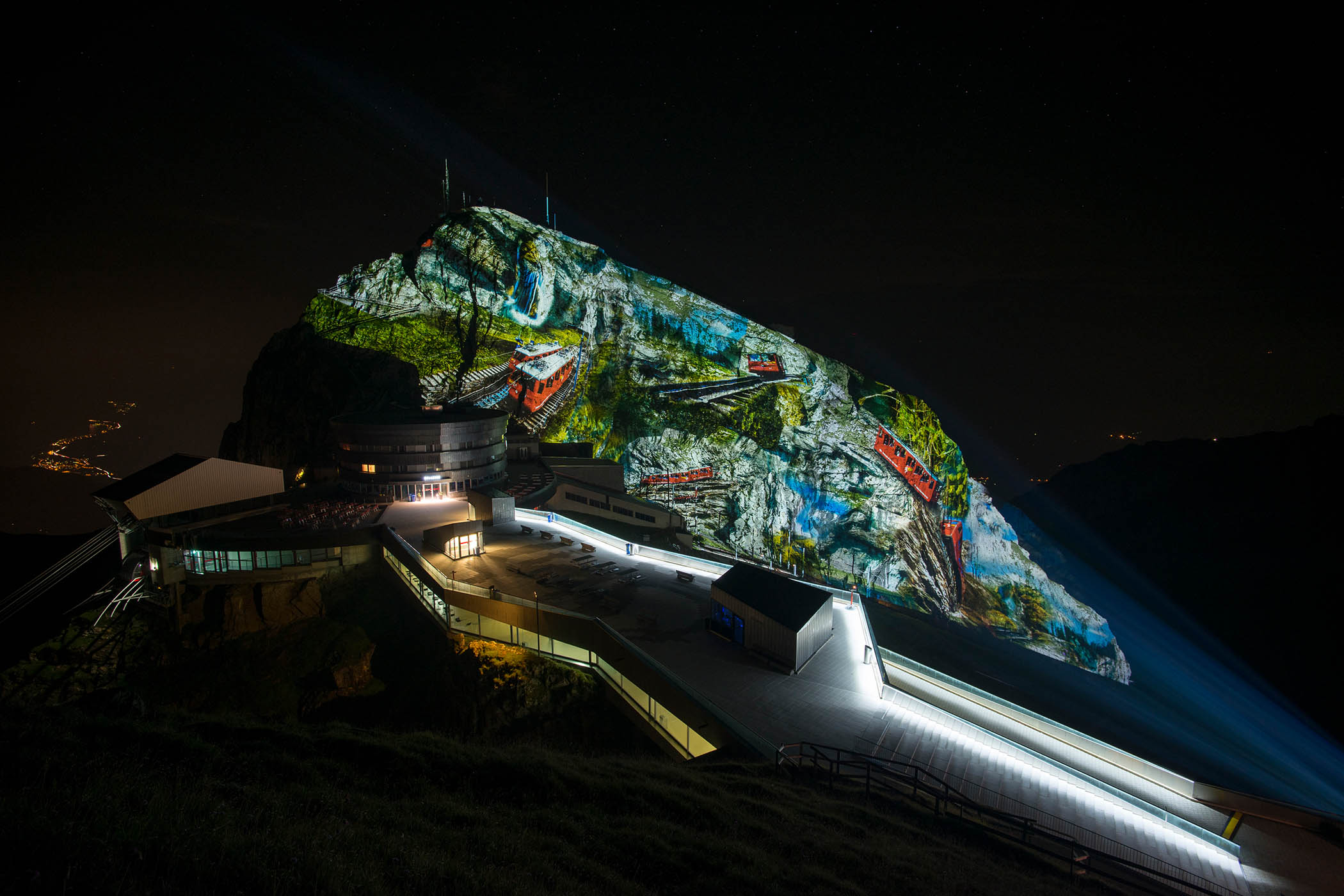 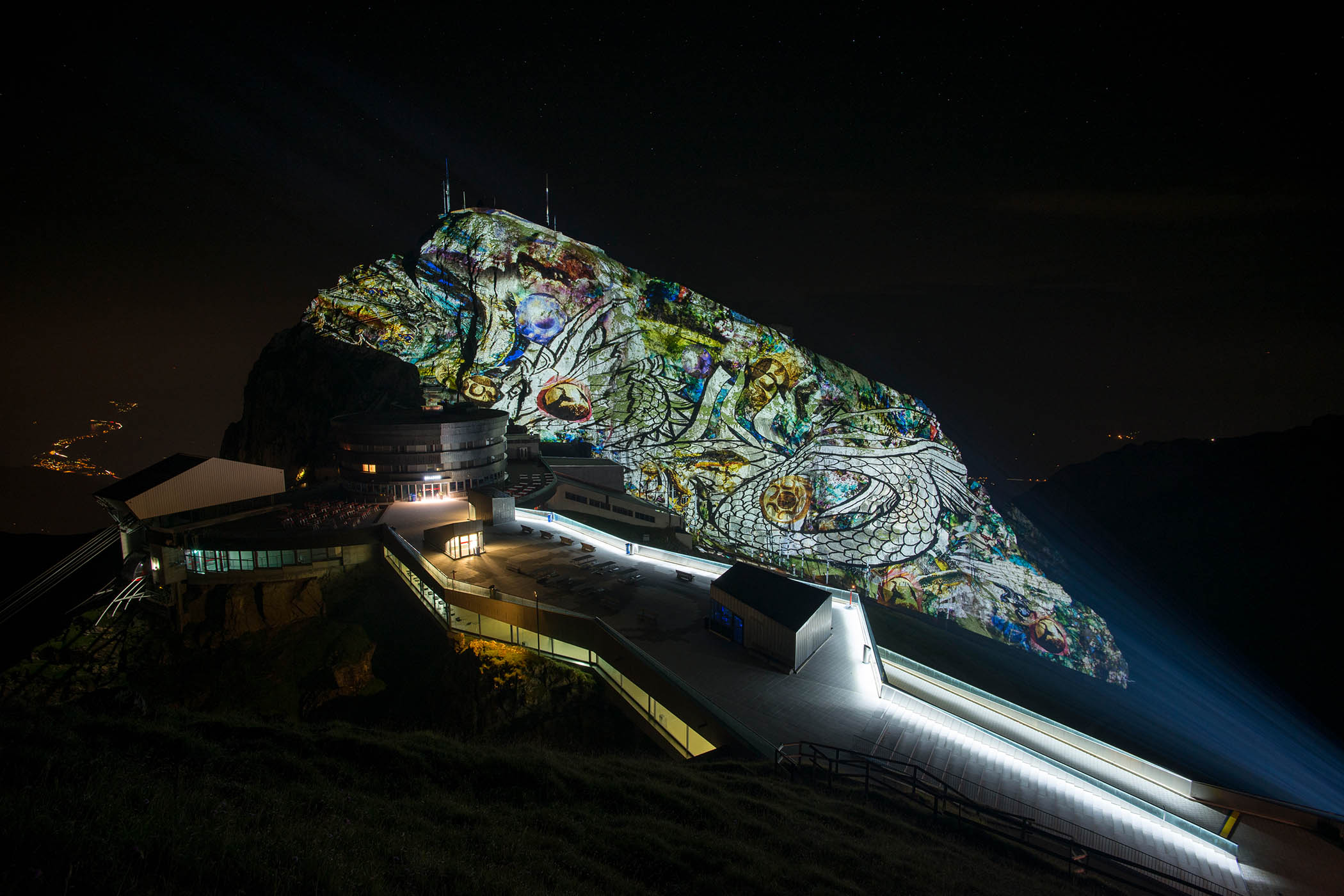 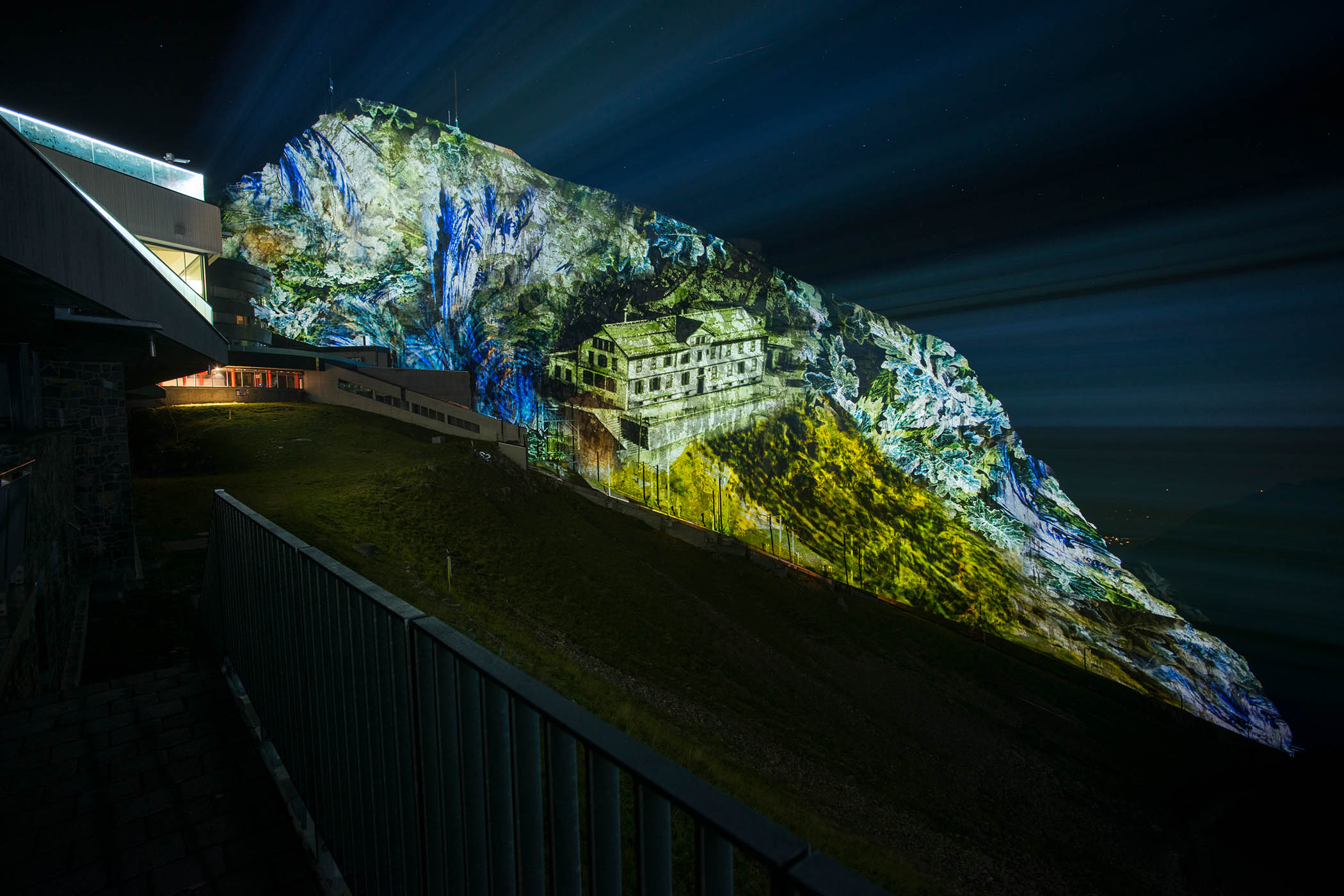 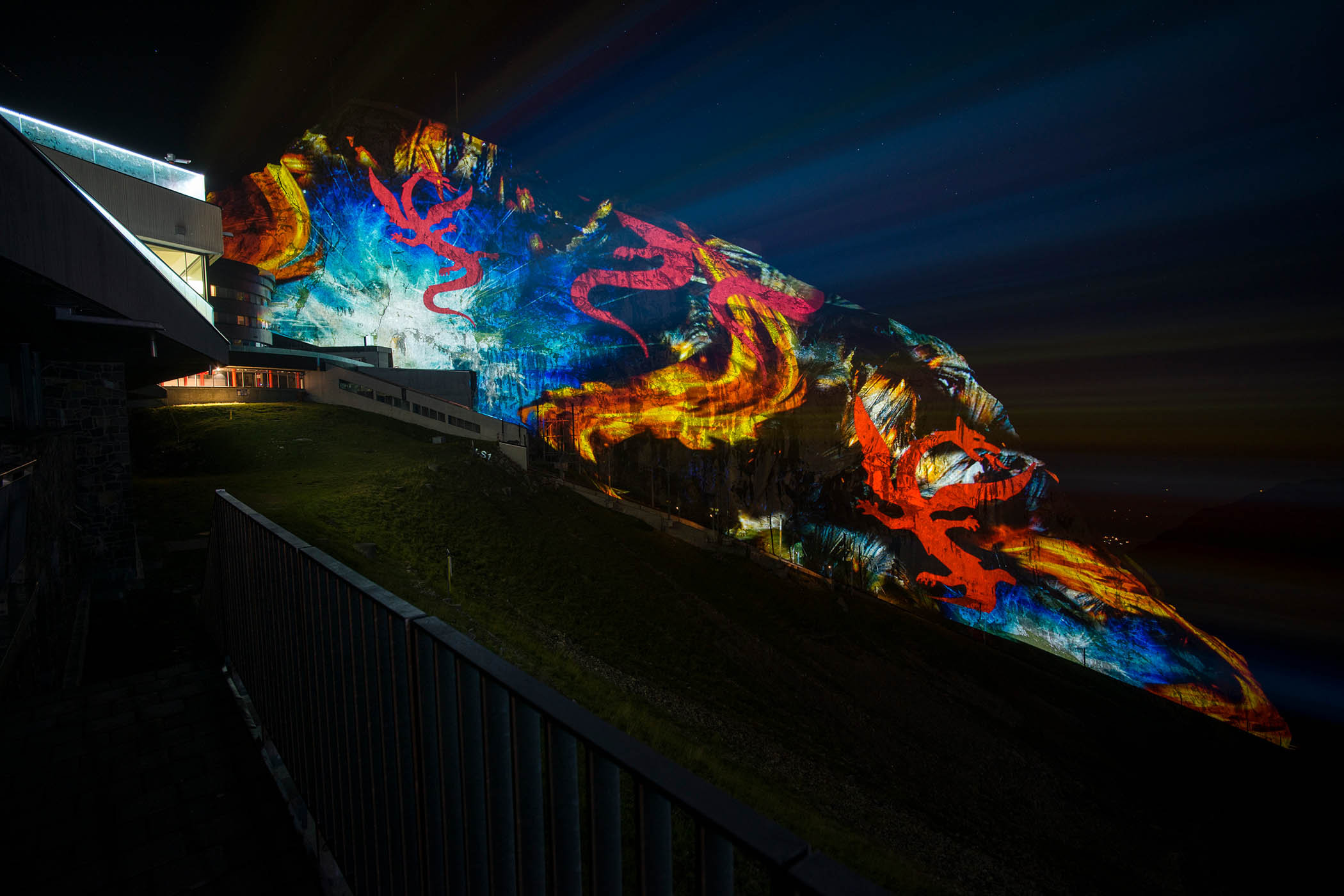