Crowning an anniversary: Fifty years ago, Neil Armstrong set foot on a celestial body where no human had ever been before. To celebrate this grandiose step, Rendez-vous Bundesplatz catapulted the Bundeshaus into space. On November 23, 2019, Happy Landing was held for the last time.

Some 552,400 enthusiastic spectators from all over the world now know: the Swiss parliament building can fly. And it can do much more.

It became a globe, the rocket launching pad at Cape Canaveral, the surface of the moon and an underwater training pool for the astronauts. It became a canvas that inspired us with a story of those famous first steps. And it brought the three spacemen back safe and sound.

To realise FIRST STEP, producer and organiser Brigitte Roux from Starlight Events hired the light art collective Lichttapete from Vienna. And it was the perfect choice. Because Lichttapete are famous for their visually stunning multimedia productions at the Zurich Opera House, the Kunsthistorisches Museum in Vienna and the Hofburg in Innsbruck. With their art of changing virtual wallpapers, the light art collective has now also enchanted the Bundeshaus. And the audience. The ninth edition of the Rendez-vous Bundesplatz has opened up new dimensions. 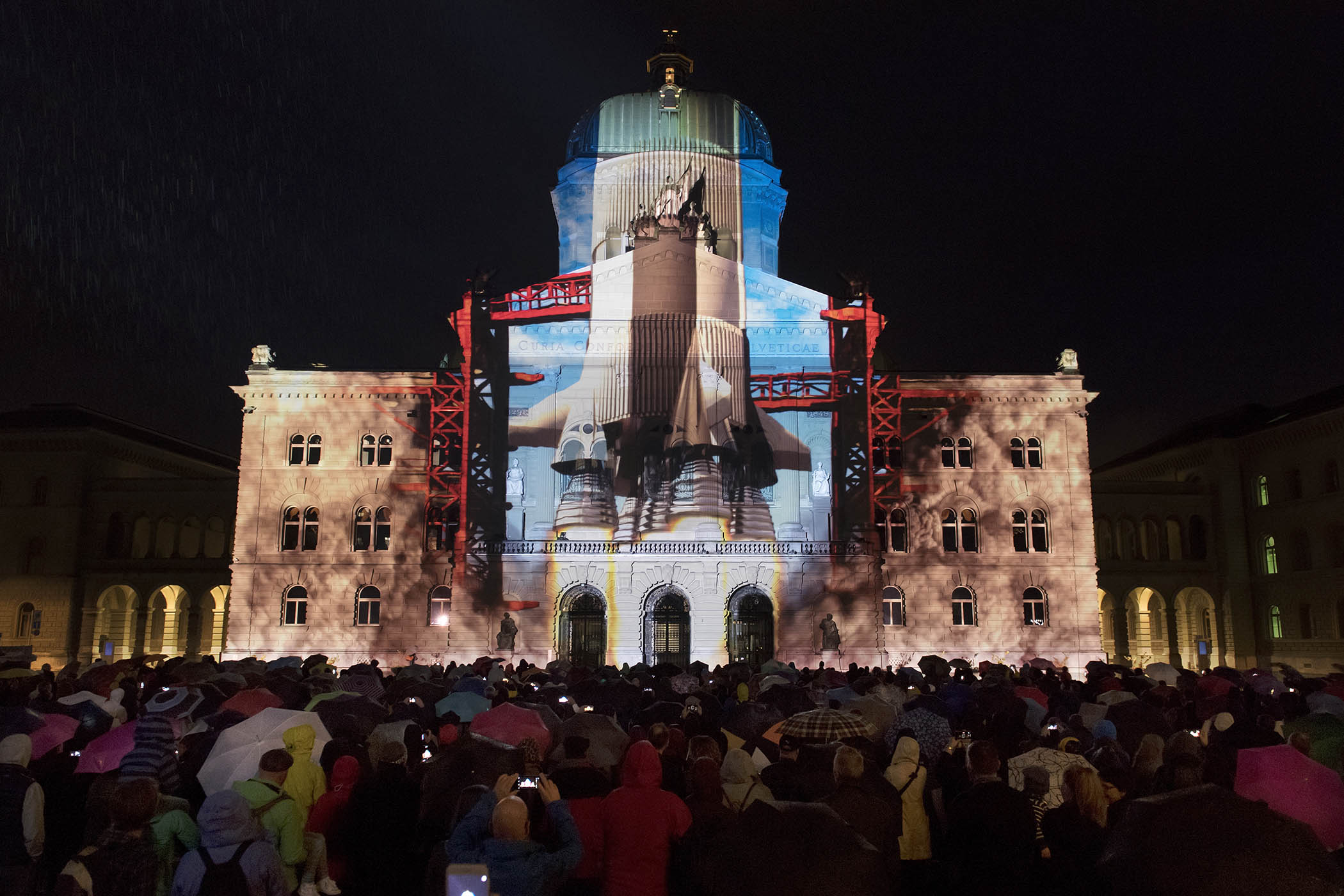 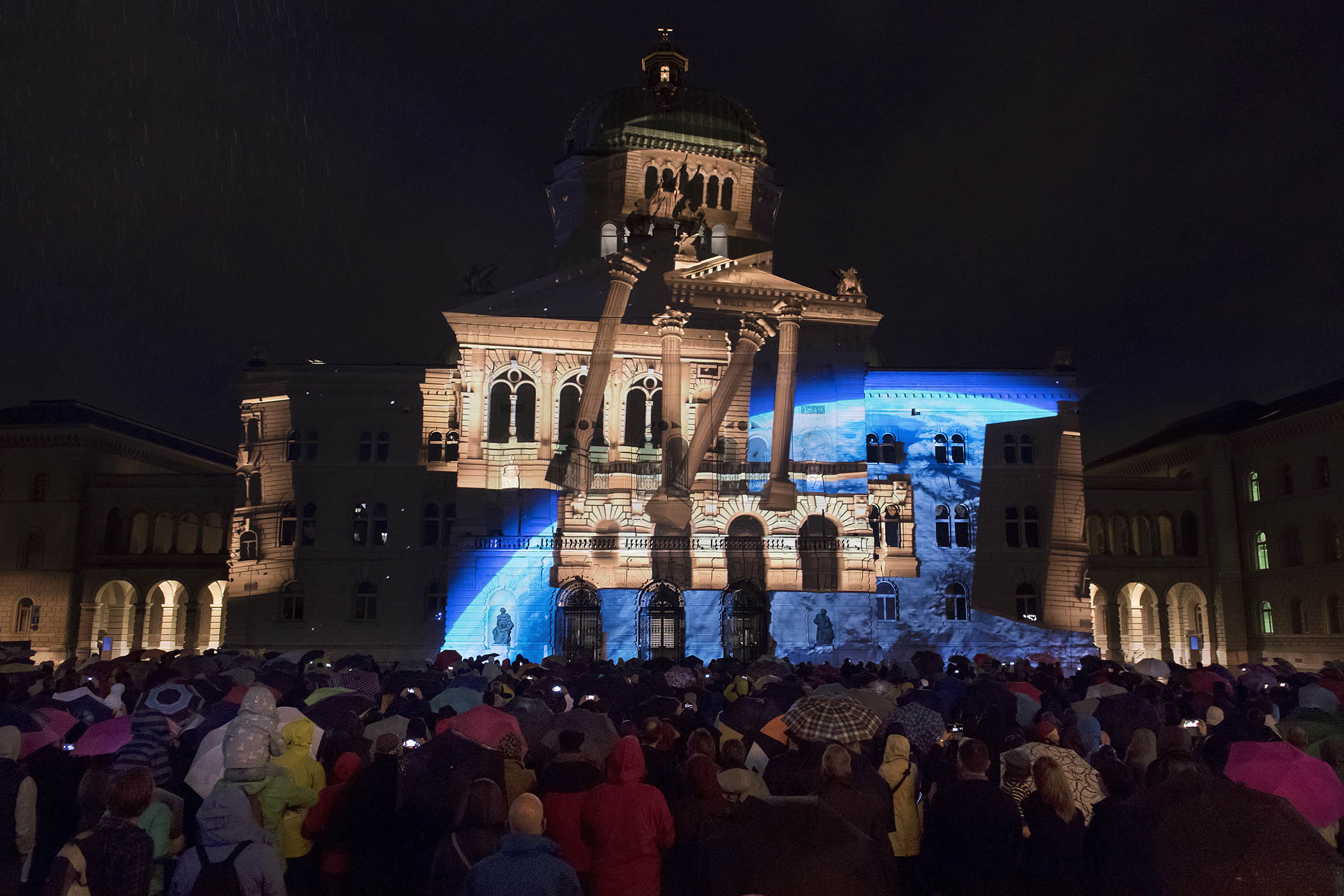 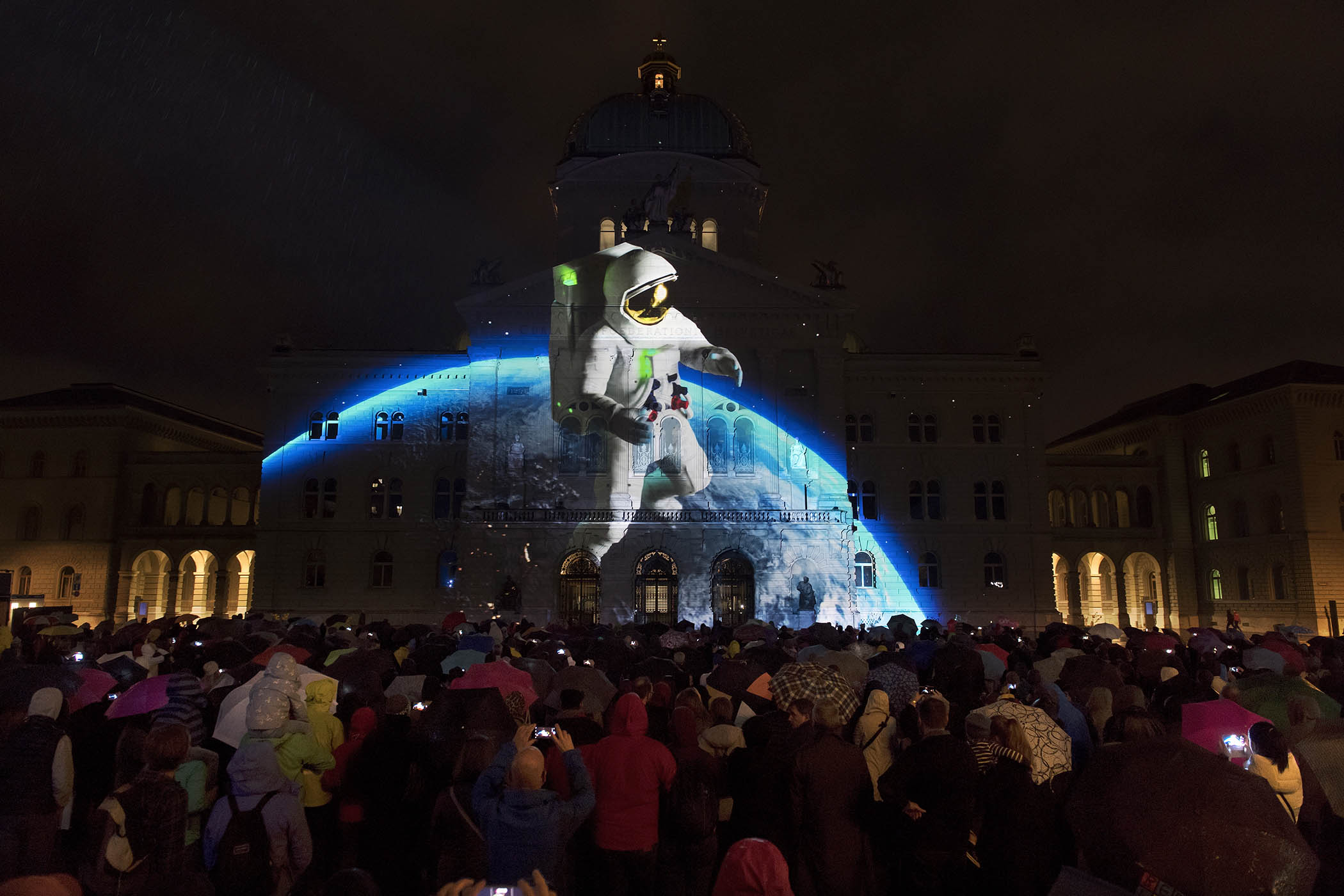 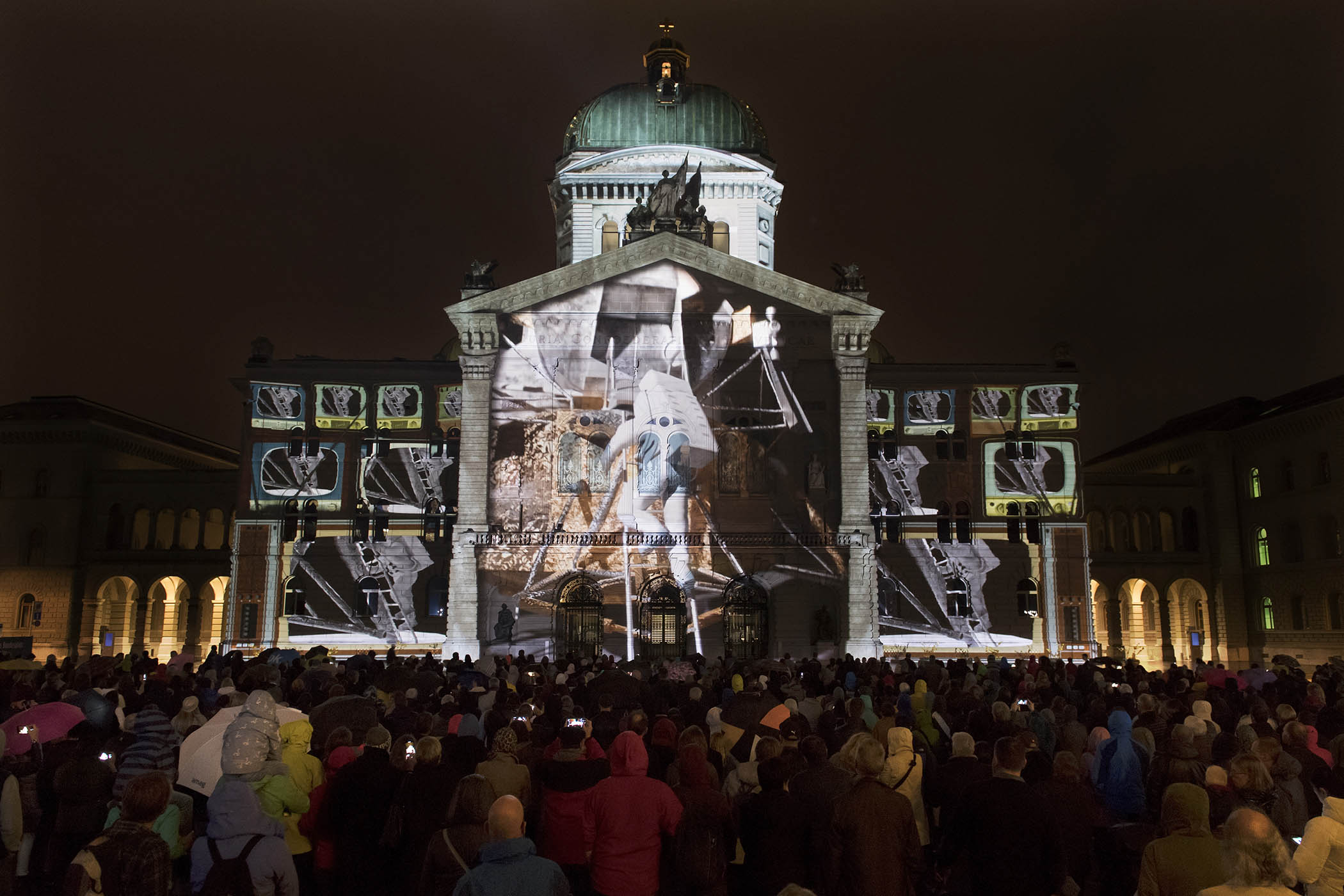 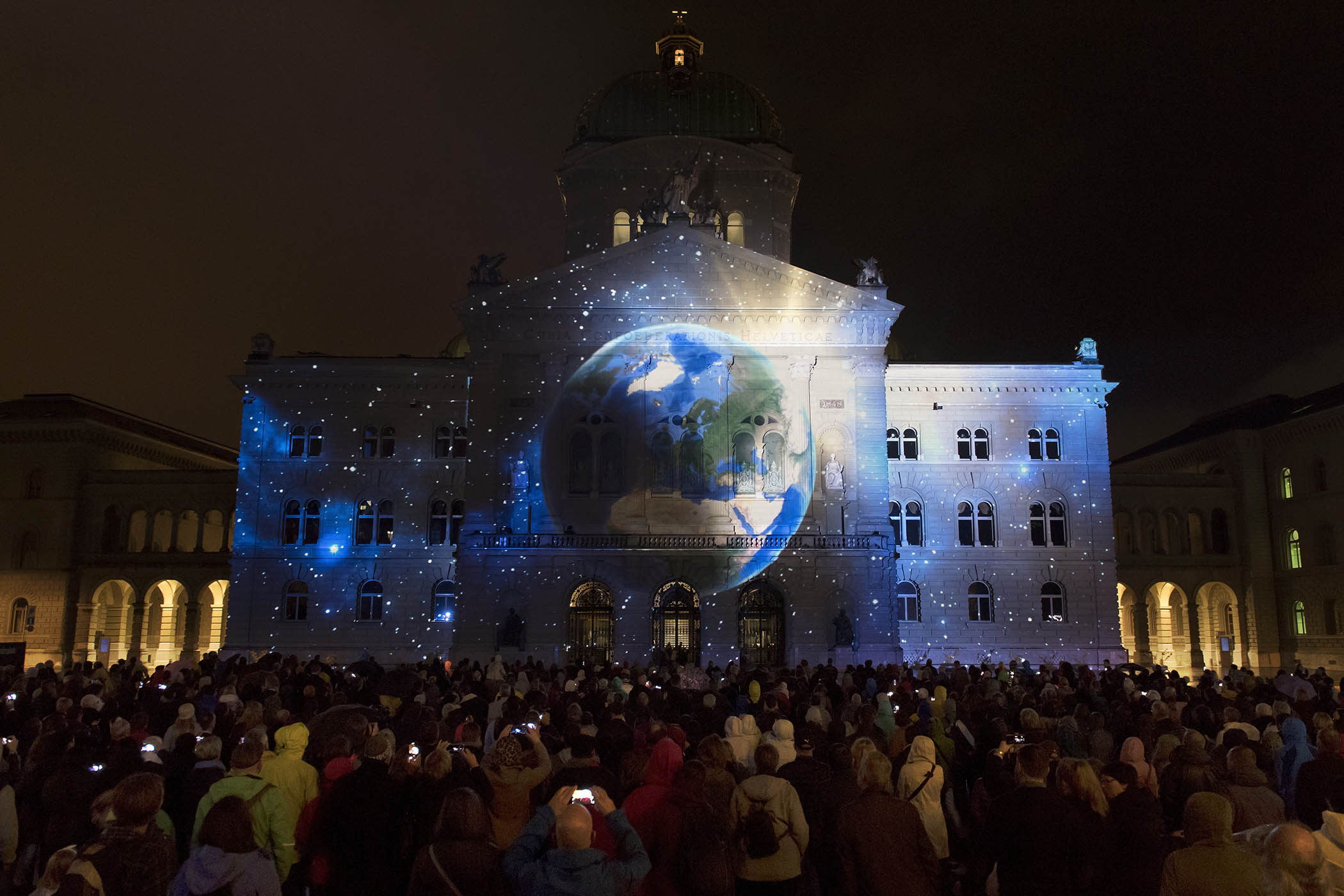 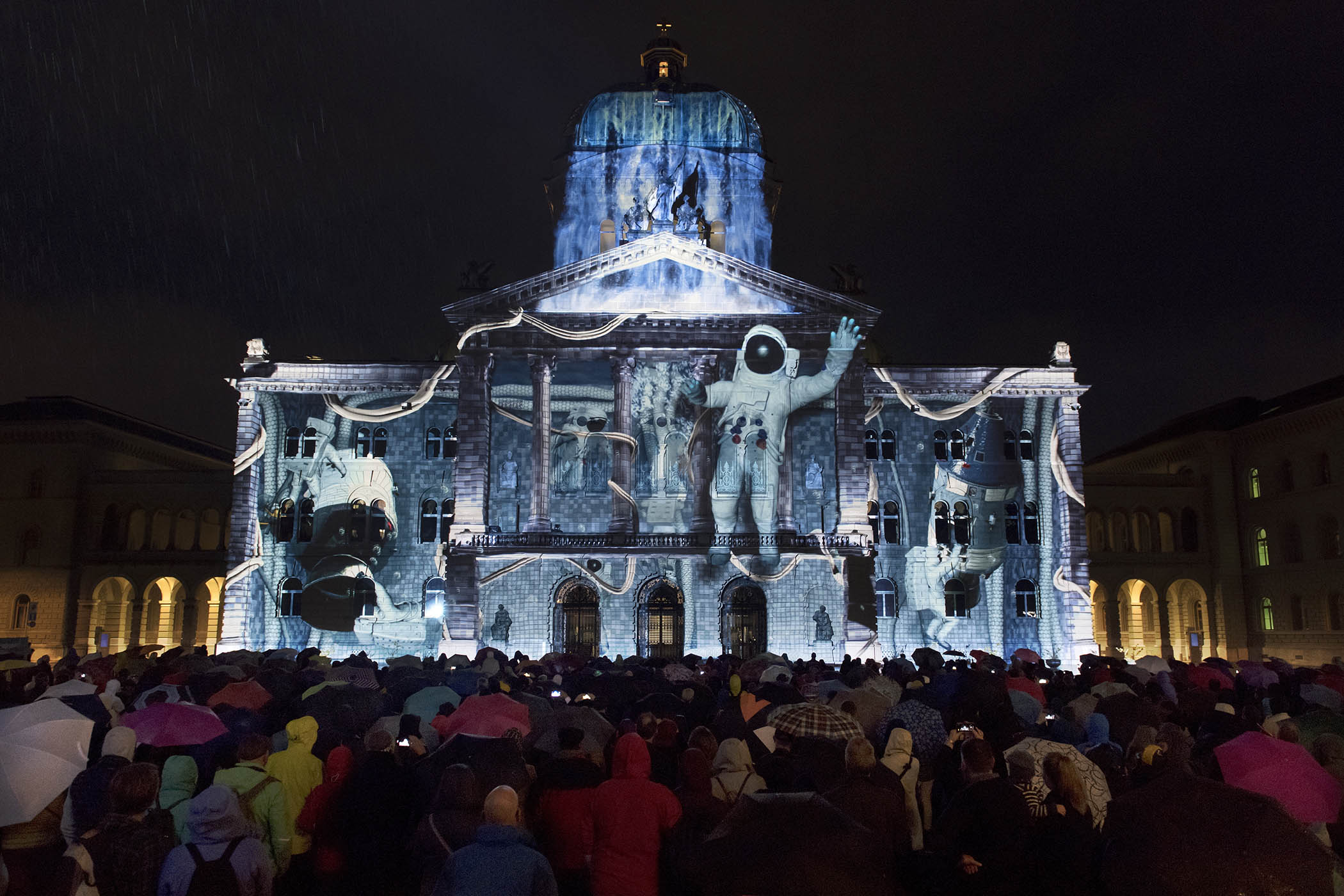 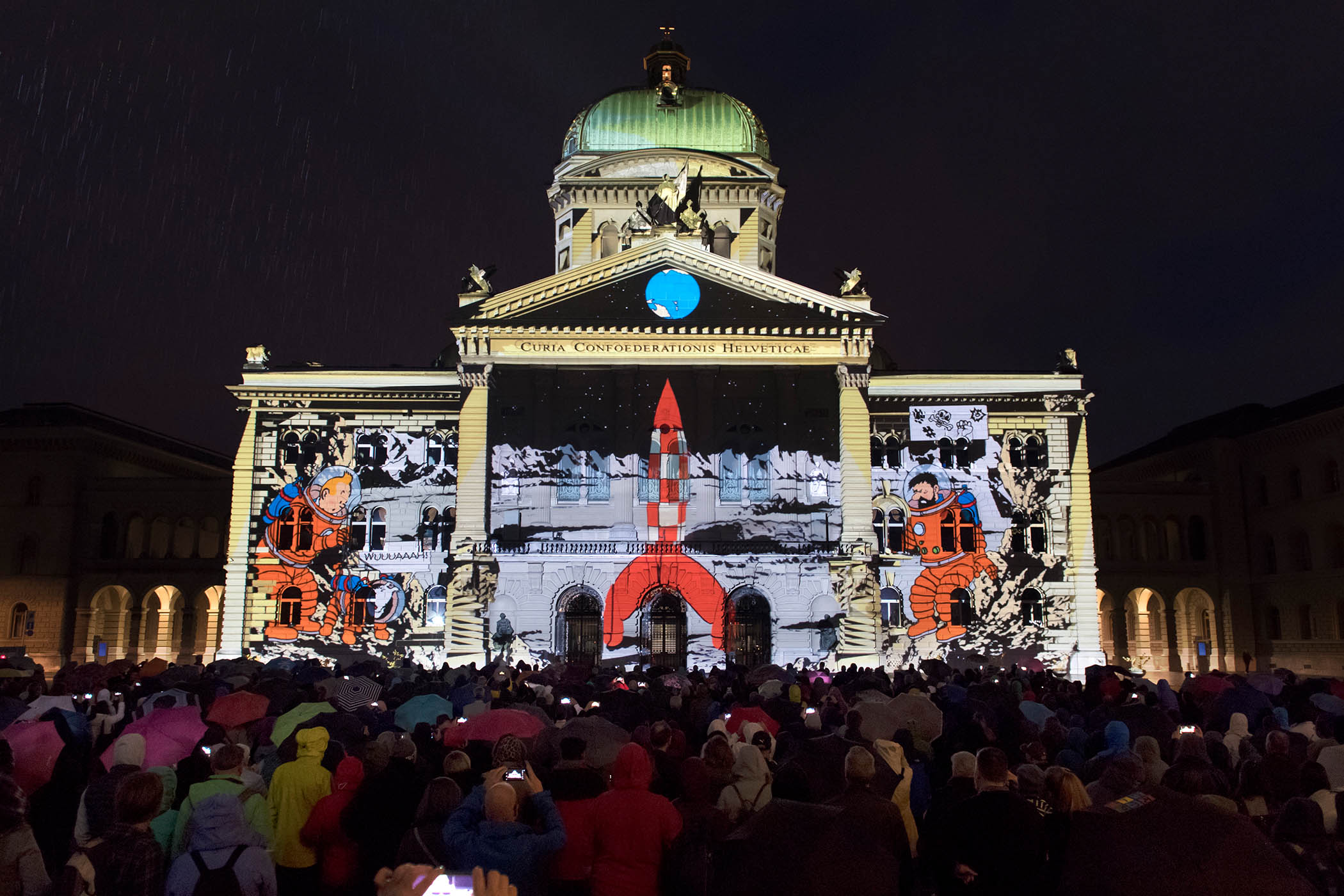